Posted on March 5, 2019 by Loganstitches

I’ve been setting aside appropriate scraps of my favorite knits for new underwear.  Only as I was working on dinos, dragons, and mermaids, I realized that most of the cute fabrics I’d set aside could be used to make dresses A might adore.  Several of the pieces were 2/3 to one yard cuts purchased when A was a baby for baby dresses.  Dresses that never happened because no pattern called for only one yard or less of knit (no idea why).  Visions of her smiling, squealing tiny self distracted me from my make nine goal and suddenly instead one detour project, there were 5, then oh so many.  I’ve actually ordered more knits from the doodle line.  Primarily unicorns and dragons for A.  Here are some of the detour projects. 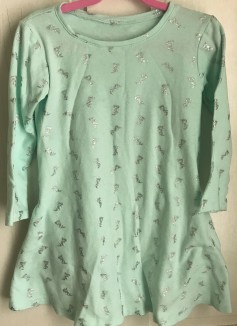 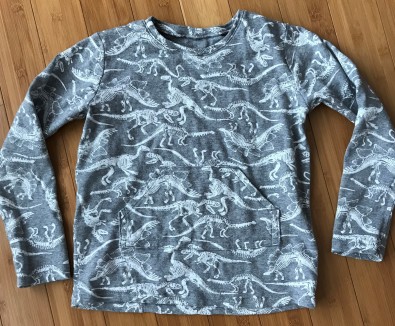 Yes, they are wrinkly.  That is only because I had to quickly steal them for photos between trips through the laundry.  All of the dresses (dinos not pictured) are self-drafted tent dresses that with inseam pockets, the existence of which, lead O to request pockets for his shirts.

Having completed an extra pj’s, 4 extra dresses and two extra shirts, #makenine2019 finally got back on track.  5-6 hours of sewing time was like a tiny sewcation yesterday and though I’d used up my pretty fabrics (actually there are 3 more, but I’m saving them for summer) 5 t-shirts waiting to be upcyled and some scraps allowed me to make 9 unfancy, but functional pairs of new underwear.  The urge to get back on track did lead to the decision to use white thread throughout and there are a few wobbly seams.  The final pair had its elastic sewn on today, while the kids made a mess of some oobleck in the kitchen.

3 Responses to Nine for #MakeNine2019